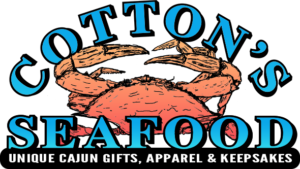 Although spelled the same in Cajun French, alligator is pronounced AL-GA-TOR.

Probably the most formidable animal of my childhood were alligators and they seemed to be everywhere.  I caught blue crabs every day for the family business on the wharves that were built on the shores of Keith Lake behind my Aunt Rita and Uncle George’s house.  The first order of business was to check under the wharves for alligators which would occasionally gather there to eat the serpent congo (pronounced SERR-PHAH KON-GO [literally black snake] meaning water moccasin) that would rest on the cross-arms between the posts that supported the wharves.  I would just run off the “kongos” but my Uncle George would usually shoot the alligators and skin them for the hides.  After all of the “water hazards” were removed, I could then bait up and begin catching crabs for the family business.

This print’s artwork was chosen from a selection of illustrations Jim created for his line of Cajun autobiographical cookbooks, also called “Cotton’s Seafood.” The art is professionally printed on 140lb card stock. The print’s stock, frame, backer board, and plastic cover are all acid-free and archival quality. 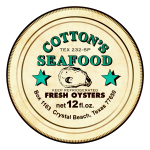 Thank you for your interest in our store!

Subscribing to our mailing list gives you the earliest word about new products and promotions that Cotton Seafood releases. As an added bonus, we’ll send you a coupon code for free shipping on your first order! 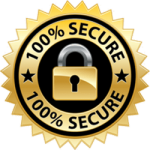